ALL SYSTEMS GO
We are now accepting new mentor applications. More information can be found HERE

So for the better part of 5-6 years of my life, I was severely depressed. I couldn't pinpoint why I'd become that way. I had things to be grateful for. I had family and friends that loved me. I had a roof over my head, a job I for the most part enjoyed, girls that wanted to date me, hobbies, passions, etc. But for some reason, I found myself just unable to be happy for more than a moment at a time.

I think that's the scariest part of depression. The fact that you can't explain the WHY of it all. And the fact that there's no quick fix cure for it. Over the course of this 5 year stretch, I moved to another state, I dated several people (who I'm eternally grateful were willing to put up with my shit), I changed jobs, I even helped start an extremely successful non-profit. But none of that was enough to get rid of the feeling of numbness to so much of my day to day.

I guess that's the first thing I want people to know who have never experienced this. Depression isn't just "feeling sad all the time" (you ignorant slut). It's more of a numbness. You're not miserable every day, but you don't seem to be able to enjoy most aspects of life as much as you feel like you should. Everything just feels humdrum and pointless and repetitive. At least that's what it felt like for me.

At its worst, about 2-3 years into it, was when I began contemplating suicide. I didn't sit down with a gun in my hand or anything like that (I still don't own one despite living in Texas). But I did think about the easiest way for me to make all the bad feelings stop. I'm kind of tearing up just typing this because I still feel incredibly stupid and guilty for letting my thoughts drift to that place. For knowing that I was so selfish at that time that I considered hurting every single person who cared about me just so I wouldn't have to feel bad anymore. For what it would've done to my parents. For how my friends would've felt they should've said or done something. How my employees at the time would feel losing their boss. And how my hockey league friends would never have recalled seeing any signs of me being anything but happy and normal.

And I guess that's my second point. I'm sure by the second paragraph of this (or at the very least the last paragraph), a lot of you were shocked that someone as positive and social as me could feel these things. Because the second thing that fucking sucks about depression is that you constantly feel like you're dragging down people around you. That you have to put on a happy face and entertain everyone like normal because you don't want to make them feel the negativity that's currently rolling around your brain. So you either fake it and feel like a fraud afterward or you mope and feel like you're bringing everyone down. It's a no win situation. I also remember my mom constantly asking me if I was feeling alright, if I was depressed (she can read me like a book), etc. and me constantly saying that yes, I was fine. Again, you don't want to tell people about it because you're afraid that by being sad, you're saying that their love and attention isn't enough to make you happy.

I guess I'm lucky that the darkest period of this stretch (the whole "would people be better off without me?" part) only lasted for about 3-4 months. It was at that point I finally decided to get help. I never put much stock into mental health professionals. I thought it was for people that were too weak or fragile to deal with their life's difficulties. I think especially as a male, we're taught to man up and push through everything, to never ask for help, and that that somehow makes you strong. Well the third thing I want someone going through this to know is that you SHOULD seek help. If I hadn't, I don't think I'd be here today.

The crazy thing about my time with a psychiatrist is that I only actually saw her about 8-10 times over a 12 month period. And honestly, she wasn't even very good, haha. She didn't tell me anything surprising about myself or open up any emotional doors. All she really had to do was sit there and listen to me go through all the things I'd been thinking about and experiencing. Just hearing myself say everything out loud to an objective source that wasn't going to judge me or tell anyone else about it was enough to make me feel at least a bit better.

I guess the other sort of importa-nt thing she did was identify my symptoms for what they were, which was a (luckily) mild case of bipolar disorder. It had never occurred to me that most people might not experience random moments of euphoria while driving their car and hearing a song that makes you cry. Or that all my highest of highs were immediately followed by a comedown where I questioned why I would even have enjoyed that moment. I knew I could be moody for sure (as many of the aforementioned girlfriends can attest to), and I knew it had a tendency to be quite random (having a great time at a party drinking, and then suddenly feeling angry for literally no reason and not wanting to be there any more), but I'd thought that being bipolar meant you were completely out of control of your mind and actions in that moment. Even typing this, I feel sort of guilty for declaring myself as "bipolar" when I know that there are people who have the same thing much MUCH worse than I do. I'm not writing this to brag that "I survived! So brave! USA USA USA!" I'm writing it to inform, especially those who might be going through the same things.

So the psychiatrist who I really only had 3 long conversations with put me on medication to treat bipolar mood swings. I was on them for the better part of a year. But the problem was that although it kept me from going to those super high highs and super low lows, it also kept me from feeling much of anything at all. Still, I think for that time period, having a bout of chilled out, relaxed boredom was probably a better option than the up and down insanity I'd been experiencing. After about 8 months of slowly increasing dosage, I realized I didn't want to be on medication for the rest of my life and worked with my doc to slowly ween myself off it. Now this is important I think. I want to make it clear that I have friends who do require medication to keep their mental health in line, and I am in no way passing judgment. Everyone is wired differently and whatever keeps folks happy and living their lives is more than fine by me. But I think the big thing I realized is that it wasn't the medication that was making me feel better... it was the fact that I was talking to someone about everything. Hearing all my thoughts out loud and even laughing at some of them as soon as they passed my lips, was liberating in a way. It made me realize that life wasn't as bad as I was thinking it was. It was just at a spot where I needed to give it time.

And I guess that's where I'll get to my second to last point. Recovery takes time. I told you that this period of depression lasted about 5-6 years, and that the lowest point of it came at about the 2-3 year mark. That was when I sought help, and when I was medicated. It still took another 2-3 years AFTER THAT for me to feel like I'd passed through that shitty period of my life (which wasn't really shitty at all, just how I perceived it at the time). And I didn't just wake up one day and realize I was happy and the depression was gone. It was more a gradual thing where I started being grateful for the little things every day, focusing on the positives, not worrying about things I couldn't control, acknowledging the negatives and experiencing them, but not dwelling on them, etc. It wasn't until about 2 years ago that I just had the thought like "huh, I've been pretty content every day for a while now."

I have felt emotionally stable for a couple years now. Life is in no way perfect. That's the crazy thing: it was not a job change, a relationship, a move, or a goal that dragged me out of this. I'm still broke af, working at a high stress job, living in a 500 sq. ft. apartment, and single because God made me in his own image. But like, when I say I'm fine now, I'm ACTUALLY fine. Depression has less to do with how good your life actually is, and more to do with how good you're perceiving it as. If you're in a dark spot, start thinking about all the people that enjoy having you in their lives. THAT'S your reason to live.

I still have lows. And occasionally, they're the very low lows. But the reason I'm grateful for this entire experience is that I've learned how to cope with those moments. I'm able to let myself feel shitty for a little while because I know I'm going to come out of it ok. And just to be extremely clear, I no longer have the darkest thoughts I had during that time period. The entire concept just seems silly and frankly very embarrassing to even talk about at this point. But I'm acknowledging that those terrible thoughts went through my head because I know at some point, someone else who reads this will experience them too.

Additionally, me opening up about all of this is in no way an excuse for any time I've been an asshole. That guy who talked shit to your face at hockey? That boyfriend who got drunk and argued with you about nothing memorable? That guy who tried to fight his brother in Puerto Rico (remember that?)? That was all me. I'm very conscious of all my decisions. So yes, I can still experience some random mood swings, but I do not want this to feel like I'm excusing anything I've done in the past or will do in the future. Asshole gonna asshole. And so my final point, and the main reason I'm writing all of this, is that I'm still here. And that's thanks to every single person around me that makes life worth living: my parents, my siblings, my East coast and Austin friends, my hockey league, my coworkers, everyone. So if you're reading this, even if you had no idea of the mental state I was in at the time, I want to thank you for giving me a reason to smile when I was fighting through this nonsense. And if you're currently going through something similar, please please please hear what I'm saying: It WILL pass. It's OK to talk about it. It's NOT weak to seek help. And I am absolutely HERE FOR YOU if you ever need someone who can relate. Thank you to everyone who actually read this entire thing. Please don't make it awkward.

Security Warning:
For your protection, do not allow your browser to store your username and password. Reach Out Online is not responsible for your sensitive information being read if you leave your logins publicly available.

Chat With Us on Discord 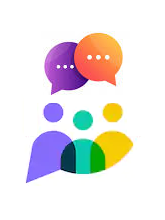 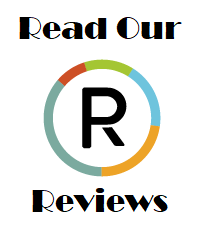